We're old media now too, most news in Nairn breaking over on Facebook these days but we still have our moments from time to time. And don't forget that the Tuesday edition of the Inverness Courier carries a lot of Nairn news too from local journalist Donald Wilson.

In the meantime if there's not much being posted here it's worth having a look at the Gurn twitter account. Quite a lot happens in the Nairn twittersphere these days and you can scroll down the wee twitter box on the right hand side as far as you like to see what the latest craic is. You don't have to have an account to look at tweets either.

Tweets by @GurnNurn
Posted by Graisg at 3:30 AM

A few crowd scenes from the Games 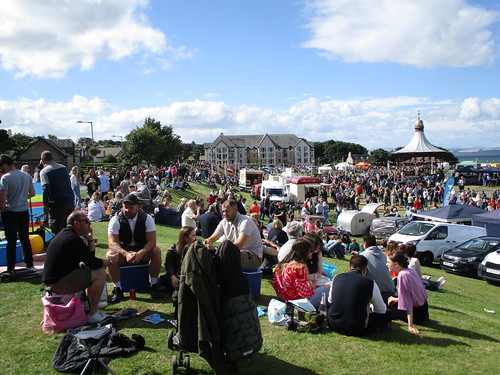 Games Day has dawned folks, rock on and have a fantastic time today! https://t.co/4PuxTDWLfC

The Highland Council is inviting communities to apply for a share of the 2022/23 allocation of the Nature Restoration Fund.
Established by the Scottish Government, the Nature Restoration Fund (NRF) is a capital fund designed to help support projects that will deliver nature restoration, safeguard wildlife, and tackle the causes of biodiversity loss due to climate change.
At last year's COP26, the Scottish Government announced further support of £55m over a five-year period to specifically target nature restoration projects. Of this, an annual allocation of £5m will be directly distributed to Local Authorities.
Chair of the Council’s Environment and Infrastructure Committee, Cllr Ken Gowans said: “The purpose of the Nature Restoration Fund is to support positive actions that can help nature recover. During its first round, the Council decided to do an open call for community groups to bid into the fund.
"Grants between the value of £2,500 and £20,000 were awarded to 27 successful organisations throughout Highland. Projects approved included the creation of 13 new wildflower meadow sites, 17 tree planting initiatives, 7 areas of wetland creation or new wildlife ponds, and projects to remove invasive non-native species to enhance local habitats for protected species."
He added: "I am especially pleased that we opened the fund to be accessible to external organisations. It was encouraging to see so many projects coming forward which shows that people all over Highland are mobilising themselves to take local action against the climate crisis. I expect to see a high demand for funding again this year, so I encourage all eligible groups to submit their expression of interest before the deadline of Wednesday 31 August.”
This year, there is an increased focus on outcomes which address the main drivers of the decline in biodiversity on land and seas particularly rural biodiversity. For example, where on land, over-exploitation of the natural environment and addressing its consequences, habitat loss and fragmentation, and removal of invasive non-native species. To deliver this aim, the fund has four strategic themes:Habitat restoration – management for enhancement and connectivity
Freshwater restoration, including hydrological change
Eradication of invasive non-native species impacting on nature
Coastal and marine management to promote restoration and resilience
The capital funding allocated to Local Authorities is to support new, or to enhance existing, approaches that further biodiversity and which adhere to the following criteria:deliver positive effects for biodiversity and enhance local ecosystems
address the climate emergency and its impacts through mitigation and adaptation and by promoting nature-based solutions
Capital items that could form that basis for spend may include, but are not limited to:Action for pollinators (equipment for maintaining wildflower areas or verges including planting)
Improving condition and use of Local Nature Reserves (purchase and planting)
Developing a local nature network through planting of wildlife corridors, removal of barriers to wildlife movement and pollinator planting
Greening active travel routes (purchase and planting)
Natural flood management actions such as connecting rivers with flood plains, pond creation, de-culverting, in-stream works for habitat and flow variability
Removal of invasive non-native species (INNS) to improve the biodiversity value of the remaining habitat
Habitat and species enhancement works using native stock, enhancing natural coastal defences through marram, addressing coastal squeeze.
All projects should be ready to start before the end of March 2023 and be completed by the end of June 2023.
The minimum grant support available is £2,000 and the maximum is £25,000.
Applications are welcomed from constituted community groups; public sector bodies; charities; voluntary and social enterprises; co-operatives and community ownership initiatives; development trusts.
This is a competitive process, so the Council is highlighting that projects with secured match funding or in-kind contributions are likely to score higher during assessment. NRF can only fund capital expenditure that directly enhances biodiversity. Revenue costs such as project management are not eligible however labour costs to undertake the approved works will be accepted.
The Council is operating a two-stage process to apply for Nature Restoration funding. An expression of interest giving outline information on key facts and figures about your project should be submitted no later than Wednesday 31 August 2022.
For full information and further guidance please visit – www.highland.gov.uk/naturerestorationfund
Posted by Graisg at 6:14 AM 0 comments

A few pictures from the Nairn Show at the end of last month. More here. 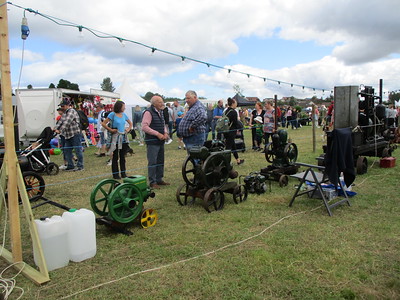 Good to see the show returning to the community's calendar in a great venue and with a big crowd and a tremendous atmosphere. Soon the games (Saturday 20th of August) and then the Book and Arts Festival starting on the 27th of this month.
Posted by Graisg at 7:00 AM 0 comments