Yes this blog is dead but...

I know people are still coming here and I must just inform you about this little blog from our town...

Other possibilities too in the entry below this and don't forget Bill's Comments
Bill sometimes mentions local events.
Posted by Graisg at 11:55 AM 0 comments

Not reconsidering: why not try Joe's or Iright' s new (early christmas present).

Yeah 'A gurn from Nurn' is history but just in case something happens elsewhere bookmark
'The Gurn from Nurn'
Thanks for the comments and e-mails received. Thanks but not changing my mind. If someone wants to start another blog somewhere with a similar title that wouldn't bother me. Blogging isn't rocket science and it is worth a go. If you are missing pics of Nairn with an environmental message there just happens to be a new kid on the block today who is well worth a bookmark.
Joe's Dog & Bird Blog. Tell the world!
And another must is Joe's new improved blog
Of course I hear Iright has had an early Christmas present, I wonder if he will like it or as with many unwanted gifts these days it will be passed on to someone else?
Oh a final, final word. The Sequoia is safe - unless the developers appeal but they got a big knock-back today and not one coucillor supported them! A great piece of news to really shut down with!
Sibn agad e bhuamsa gu bràth siorraidh ann an sheo.
Math bruidhinn ruibh, Tìoraidh
Posted by Graisg at 7:58 PM 1 comments

Regrettably, inspiration and commitment to keep this blog going have been evaporating in equal measure over the past few weeks. This blogmeister wishes to concentrate activities in the Gàidhlig blogosphere and so selfishly is not adding any more entries to the Gurn. It would be a bit of a shame to continue in a half-hearted way. It has been an interesting experiment and thanks to the contributors and regulars. This blog will remain as a sort of snapshot reference point (complete with search engine in the sidebar) for as long as Blogspot are prepared to let it stay there.
Thanks everyone, cheers.
Posted by Graisg at 9:53 AM 10 comments

Football rubbish but everyone chills out in spite of that 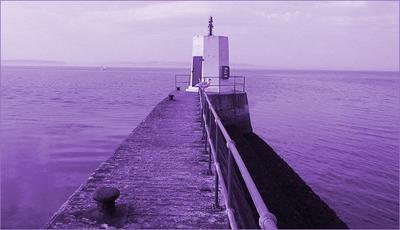 Well after buying new players and an optimistic pre-season warm-up Nairn County Football Club are bottom of the League (apart from Fort William who nominally take the bottom spot as an historical right), this comes on top of the first-round exit from the Qualifying cup. The question must be asked: is there anyone in Nairn that still thinks Neil Fridge was the right man for the manager’s job?
Despite Nairn County slipping back to a position last occupied about 5 years ago the weather was excellent this weekend and locals and visitors alike made the most of it. Both beaches were a very laid back scene as citizens bathed in the waters and absorbed the heat. Some hard-core dog owners exercised their pets in the banned area too – good for you citizens, if more people had ignored the stupid ban in the first place dog owners in this town would never have been discriminated against!
Posted by Graisg at 6:13 PM 3 comments

The Nairn Allotment Society was formed last night to fight for the retention of allotments in Nairnshire. Obviously that is the first and urgent aim of the society and a very capable committee with a mixture of useful skills is to get down to work with the help of national organisations. It was excellent to feel the community spirit among the allotment holders, folk that all know each other but had never had the occasion to be in the same room together before. If there is an agenda behind the allotments being included in the planning ‘boundary’ other than a simple mistake then the Highland Council will have a major fight on its hand: not only are the allotment holders themselves now organised but there were many folk at the meeting that are on the waiting list. One of the long-term aims of the society will be to campaign for more allotments. There are 18 people on the existing waiting list and apparently the council are not allowing new names onto that list. So there could be upwards of 30-40 people who would take an allotment if one were available. There are two plots vacant at the moment; one of them has been empty for two years. Why haven’t they been offered to people on the waiting list?

With 18 officially waiting, the size of the allotments could be doubled overnight and why not? The Highland Council should listen to what people in this area want for a change. If the new ‘do-it-yourself’ bypass goes ahead there will be plenty of land around Nairn for development and this will reduce the need for so much of the proposed development on the Sandown Lands. An ideal chance to open up another 20-30 allotments that will be needed as the town grows.
Posted by Graisg at 9:44 AM 1 comments