More about the Nairn Bonus Club in this Courier article.

This is a bit confusing at first sight as the development was referred to as item 5.1 but there is no item 5.1 on the agenda listed on this page that directs you to the relevant video segments.

The idea of bringing this pre-application notification  to the committee is (we assume) to raise relevent substantial issues  before the real and more detailed planning application is received. Laurie had to interevene to ask when he would get his opportunity. Presumably his comments will be noted in the minutes even if the existence of item 5.1 is hard to verfify if you were using the webpage above as your main source of information.

Laurie asked for quite a lot of things to be considered really, traffic studies and flood prevention work to be completed and for a footbridge over the Auldearn Burn to the retail park, he speaks at 00:06:45 and 00:07:30. The video below will open up with Laurie speaking.

The latest on the poisoned chalice that is the Sandown Lands over on the Inverness Courier website:
"Sandown Lands consultation in Nairn said to be 'dishonest' after results of first consultation 'not listened to' by Highland Council"

Grants for updating smoke detectyors - Thanks to NWSCC for forwarding this important informaiton.

Grants for upgrading smoke detectors
This from the direction of Sheena Baker of NWSCC:
"There are grants available for lower-income, older and disabled homeowners for fitting smoke detectors to the new standard.
This is the link to information on the new legislation on Scottish Government website."
There are quotes from the Housing Secretary, SFRS, and Care and Repair Scotland (including the criteria for requesting assistance from them) - https://www.gov.scot/news/changes-to-fire-safety-laws/
Questions and answers regarding the new legislation are at this link - https://www.gov.scot/.../fire-and-smoke-alarms-in.../
Posted by Graisg at 6:59 AM 0 comments 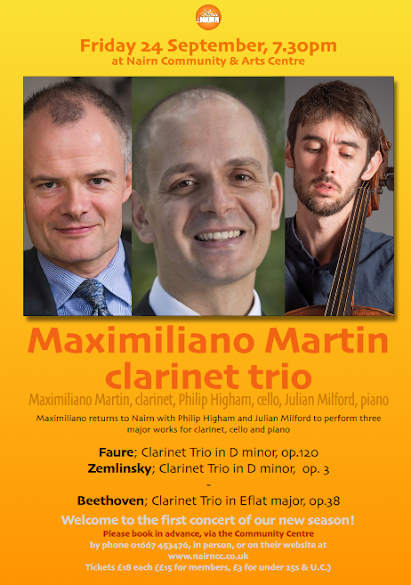 Lots of important topics up for dicussion at the Nairn West and Suburban CC meeting next Monday night (27th) - time to pay attention folks a lot of serious stuff is happening! 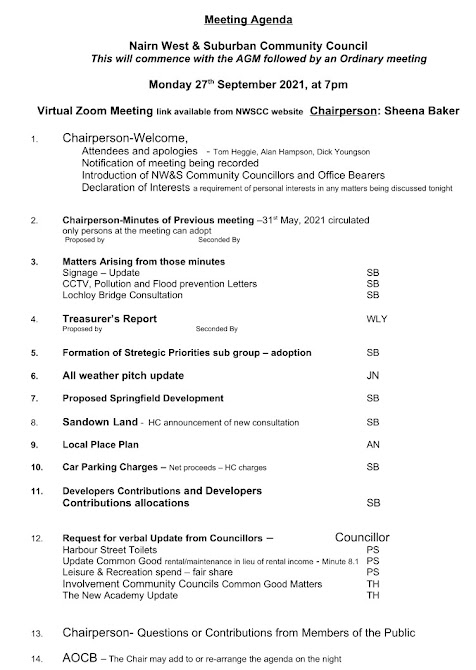 A lot of plotters up and Sandown. More to come in the future?

Get yourselves a strong cuppa or a dram folks and watch this. Here at the Gurn we think the officials said a lot more than the councillors, anyway, more consulation is on the way. Not doubt the town's two Community Councils will have thoughts on this latest development. 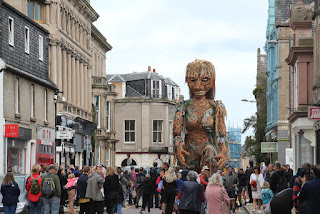 Massive thanks to the BID and the Festival folks this (end of summer) for the occasions when we've had fun in the High Street. A Games Day feel to the Links too with Storm yesterday. It's just so fabulous when there are lots of people doing things in the High Street and around the town.

Really, we still have quite a lot of shops and businesses in our town centre and it is quite a good place for a blether and to eat or buy stuff etc at any time of the year but it really takes a step up when the colour and music and activity start. Let's have more of it please.

OK full pedestrianisation would not really be a goer because of the layout of the High Street and how people need access to their homes etc but maybe 3 or 4 times a month we could have interesting things going on if we all get behind the organisations that now have the capacity to organise things?

In a reply to Councillor Saggers, the Chair of Nairn West and Suburban Community Council, Sheena Baker, writes:

CCTV OPERATIONS IN NAIRN
On 3 September you emailed me and Hamish Bain as the Chairs of Nairn’s two Community Councils, forwarding the outcome of a survey of CCTV coverage which had already been conducted by the BID; and you asked for the community’s views “within a fortnight”.

This was the first and only indication we had received of such a survey. CCTV is an important – and in some respects sensitive and controversial – issue. It can be complex to manage and monitor; and it is expensive. It is right that the local community should be properly and fully consulted. We have always made clear our desire for dialogue, so we are grateful for the opportunity. But we are somewhat surprised and disappointed at the lack of prior briefing and the short notice. As both I and my River CC counterpart have made clear in acknowledging your email, your request – and the two-week deadline – is neither realistic nor acceptable.

We were puzzled by the apparent urgency and this unreasonable deadline. While there have been incidents over the years in various parts of town where CCTV might have played a useful detection or deterrent role, we are not aware of any sudden or disproportionate rise in criminal activity or other worrying behaviour. This has already raised questions about the motivation for the survey exercise at this particular time.

Moreover there are already a number of other aspects of local service-delivery and administration which are of local concern and are regarded as higher priorities. I need not list them all: but in recent months we have had to raise issues such as street-cleaning and drain-clearing, road safety, A96 traffic pollution, public-path signage, and flood-prevention and protection. In addition the post-Covid recovery agenda is substantial, and funding is already under pressure. With these and many other topics already in the frame, the case for adding to the CCTV network is not self-evidently a high priority. In any case, we would have expected to be consulted before any such exercise was launched.

That said, if indeed there is to be a proper review of CCTV, we think it essential that the CCs and indeed other relevant stakeholders should be engaged from the outset. [Indeed this would seem to be exactly the sort of task that the local Community Planning Partnership should be addressing]. We believe that such an exercise should be serious, systematic and properly managed, and accompanied by all relevant explanation.

The recent BID survey exercise unfortunately met none of these basic criteria. For that reason we do not regard it as an adequate basis for further discussion in the CC or with the wider community. For the avoidance of doubt, and because we believe the subject deserves to be taken seriously, we regard the following points as essential.

Preparation. A review of CCTV coverage should be based on prior discussion of the terms of any public survey. There appears to have been no local consultation about the BID questionnaire. It is not clear who devised it. It is limited, partial, selective and inadequate. The questions have inbuilt bias, and other circumstantial evidence reinforces the concern that the exercise was designed to generate specific responses in support of a particular agenda linked to the parking scheme. This is unacceptable. We would ask that a proper and objective survey be devised and discussed. As a local Community Council we are ready – and indeed would expect – to contribute to the development of such an exercise.

Information and costs. It is unreasonable to ask for views on possible changes without describing the existing system. Any survey should be accompanied by a full explanation of the extent and management of current operations. The map provided with the BID questionnaire is incomplete and uninformative. This proved counterproductive (as illustrated by the responses urging CCTV at locations such as the railway station which are already extensively covered). There are other locations which are not mentioned where CCTV is believed to be installed and operational. The survey offered insufficient information about the current arrangements: no indication of the purpose, the duration, the existing monitoring process, and the current costs and budgeting. All these details should be provided as an integral part of the survey, before asking about whether different arrangements should be introduced or additional funding sought.

Objectives. Many people instinctively favour more surveillance, based on the general public assumption that the primary purpose of CCTV is to prevent and detect crime, and to deter anti-social behaviour. It follows that any survey – or options – regarding the possible extension of coverage should set out the reason for any proposed extension, the risks which CCTV might mitigate, the locations or ‘gaps’ that are to be covered, and a professional assessment of the need and the cost-implications. It should set out whatever case there may be for change, and indicate the purpose of any new or extended coverage and the access and monitoring arrangements proposed. It should identify all the options under consideration, with appropriate detail, and in a consistent and objective way to avoid any perception of bias. In this, input from the police and others would seem to be critical.

Engagement. Any survey of local facilities and services should involve all key stakeholders and reflect expert advice. Business-owners who are BID members obviously have an interest. But they have a particular perspective; and a response rate of 40 (in a town with a resident population of around 10,000) is a very limited basis for any decisions. As noted, the police input is fundamental. As elected representatives of the local community, the CCs have a key role to play (and as recently demonstrated in connection with the Lochloy/Balmakeith railway crossing, have the scope to conduct local polls to ascertain local views).

This underlines the message already clearly conveyed – that if CCTV coverage is to be reviewed and perhaps extended, then the reason for doing so has to be properly explained and the community given adequate information and time to comment on all the options, on the priority needs, on the monitoring arrangements and on the cost. The recent exercise did not do so.

If the matter of CCTV coverage is indeed to be pursued, we therefore look forward to the opportunity to provide input into the preparatory work, to assist with the canvassing of local views, and to offering considered responses both on a full range of options and on the justification for any proposed changes. We formally request that this consultation is extended to 31st October 2021.

I sincerely hope we can expect a constructive response and an invitation to further discussion of this important topic.

I am copying this to the Chair of Nairn River CC; to your local Councillor colleagues and the Ward Manager, the Chair of the NNCP and it will shortly be posted on our website and local social media.