Earlier today Ewan McNeil attended a ceremony organised by the Royal British Legion Nairn to honour his Great Uncles Johnny  and Sandy MacNeil. On a post in a local social media page Ewan said: "Sincere and deep thanks to Nairn RBL and local clerics for conducting such a wonderful ceremony today."

Here's Ewan's thoughts on the sacrifices made by his family in the First World War:

100 years ago, 14th January 1919. Great Uncle Johnny MacNeil, a loved son, father, brother, partner, friend and by job a professional soldier, of Seaforth Highlanders since 1907, who was involved in much action in Mons, Loos, Mesopotamia, India and elsewhere sadly passed on of pneumonia in El Qantar Hospital in Sinai, Egypt. Heavily wounded in fighting in Mesopotamia, he'd just recovered enough to allow him to return home to his Loved Ones, after all that fighting, when he sadly contracted pneumonia and died, there in an Egyptian military hospital. He has a headstone there.

One of 6 brothers and a father, all volunteers in the army and Royal Marines during WWI. His younger brother, Sandy, Cameron Highlanders, blown from this world by a stray shell on the way into a foxhole for a cuppah with mates. Johnny's Mother, Mary Jane Smith saw an apparition of Johhny appear at her bedside, at the time when he died, only to get a confirmation telegram to say he'd died at that time, shortly afterwards (Will add a poem I wrote based on this, though I changed it to a wife and her husband). This text and images to commemorate Johnny's 100th anniversary of leaving this world and hopefully to finally take him Home.

The 1st World War? a complete waste of human life, and for nothing. Both Sandy and Johnny did not need to die. Their brother did not have to come home with shellshock that would affect him for life. Their Mother, Mary, did not need to have to feel like her heart was torn from her chest, with the news that her sons were taken, so pointlessly from her (yet protocol and culture would have almost certainly demanded she didn't 'complain' and shrouded those tragic losses in sick 'honour'. Lest We Forget, they say. I agree: Lest we Forget so that that the privileged few can never again lead us in our thousands to kill en-masse for the whims of those privileged, their petty arguements and their business deals ever again. If we do, especially in such times where we have mass communication to allow us to see truths, now - then we are very much part of the problem. WE SHOULD NOT FORGET THIS, IF WE ARE TO TRULY NOT FORGET THEM P.S: 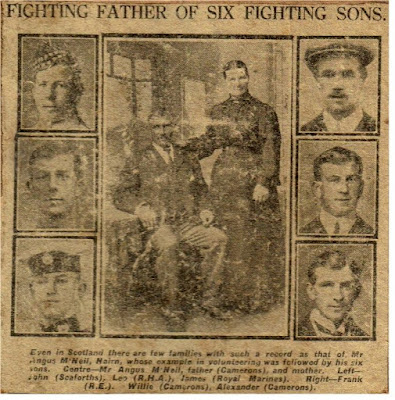 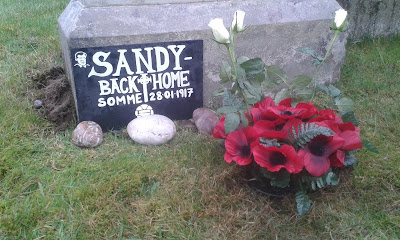 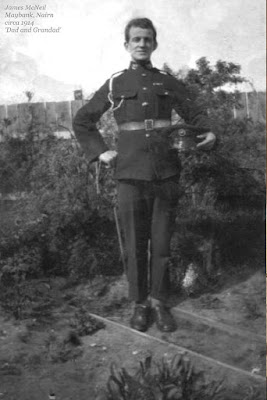 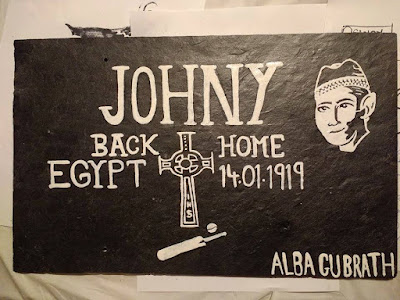 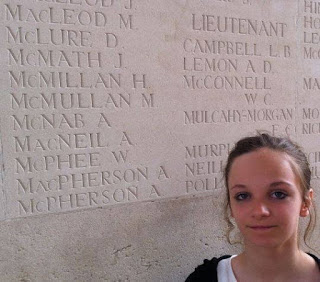 Since her husband marched off, to that far, crazy war,
Her nightly routine stood the same as before,
The clock reaches ten by their bed in the night,
When they think of each other, close their eyes, hugging tight,

To feel close again, to defy all those miles,
To stare at the moon, the same one, makes them smile,
His photo she kisses, as she blows out the light,
His warm safety she misses, on these cold, lonely nights

She remembers him blush, suggesting these rituals,
As they laughed on the beach, but it’s now so habitual,
She settles to stare at the ceiling above,
In their wide, empty bed, devoid of her love

As she sleeps a smile breaks on her face in the night,
As she dreams of her Johny, on the dunes golden bright,
And they laugh in the breeze as the gulls cry above,
Then he turns, solemn faced “Don’t forget me, my love….”

Her dream breaks, she sits up, panic rushing her head,
But there stands her Johny at the foot of their bed,
“Johny….” she whispers in her loving wife’s lilt,
As he stands there so smartly, in his jacket and kilt,

The moonlight glows blue on his dear, long-missed face,
And he smiles as she sits there, warm again in this place,
But his smile slowly drops as his head shakes in sorrow,
Loving tears in his eyes, Not your time, do not follow

She stares and she watches him turn and away,
Fade into the dark, of their room where she lay,
Waves of horror chill through her, Oh my God, this is wrong!
But she finds her lips whisper “Oh, my Johny…he’s gone!”

Her eyes search where she saw him, so empty, so stark,
And a wail emits from her, that echoes through dark,
She turns to her child, at the door wrapped in fear,
“Oh, don’t worry – a nightmare!” as she wipes telling tears

She knew it was coming, telegram the next day,
Standard words to confirm, justify and to say,
Of bright bravery, honour, glory and fate,
No mention of terror, pain, blood, shock or hate

All that she knows that her love’s taken cold,
Her daughter’s no father, for a lie that’s so old,
She curses those flags and the lies and the plan,
She despises the ‘glory’, all she wants is her man