It was a busy day again at the Nairn Sailing Club's harbour open day. The waterfront area was buzzing with the sounds and colours of the event. And a busy time too for the newly launched Nairnshire Rising group who are campaigning with their colleagues Cromarty Rising across the water to stop the proposed ship to ship oil transfers in the Moray Firth.

A steady stream of folk stopped at the stall to have a blether and exchange ideas and information on the campaign so far and what to do when the new application is due to be submitted by the Cromarty Firth Port Authority in October of this year. Political support too from Cllr Liz MacDonald and her former colleague Stephen Fuller and also Westminster LibDem candidate Richard Cunningham. Next to the Nairnshire Rising stall Greenpeace were campaigning against the rising levels of plastic in the seas. 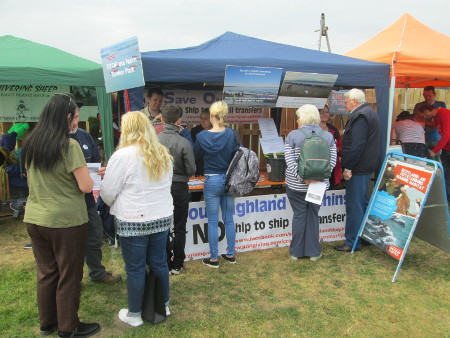