Holyrood elections only three months away and the incumbent Fergus Ewing has a campaign website up and running. Realistically it will be very hard to see anyone serious challenger from the other parties threatening his seat so will it all simply be about the size of his majority?

Results in this constituency in 2016 were:

"The turnout for the Inverness and Nairn constituency was 57.8%. Votes given were as follows:

Perhaps more interesting for election geeks will be what happens on the list with the second vote if the former Scottish Green Party MSP Andy Wightman stands as an independent. 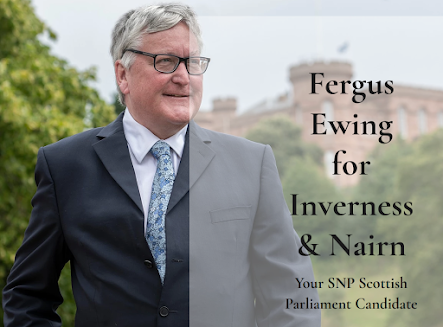