The Gurn's sports and leisure correspondent has filed the following report:

"The Nairn County Cricket Club at the Links appears to have had some unexpected and unwelcome visitors sometime in the last 48 hours..... and it certainly wasn't a rival team!

This summer - against a background of reductions in Council maintenance - members of the cricket club themselves devoted considerable time, effort and money to tidying up and improving the pavilion frontage by clearing overgrown bushes, removing rubbish, re-laying turf and installing a picket fence. Local firms generously donated some of the materials. Visiting teams, as well as Nairn residents and others who  use the premises (like the Games committee) have appreciated the improvements.

But this does not seem to have deterred some people from trashing the work done by club volunteers. This was the scene (see photos below) on Tuesday of this week when team members gathered for weekly practice. The poles and rope which surround and protect the wicket in the centre of the field had been pulled out and thrown up the bank. And the new fencing in front of the pavilion had been knocked over and broken - not by accident, but clearly as a deliberate act of vandalism." 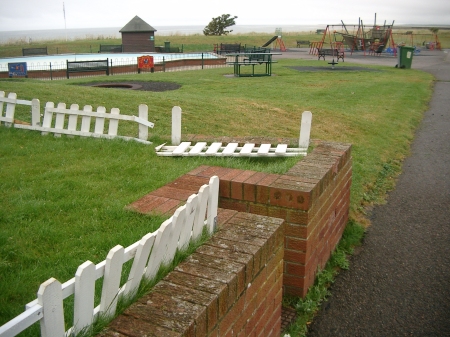 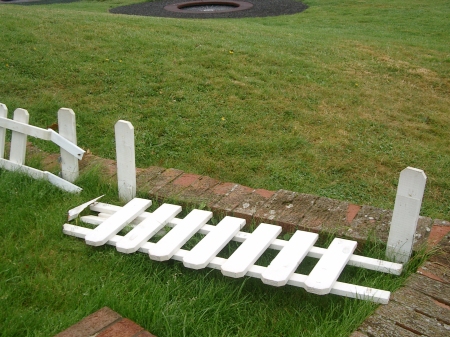 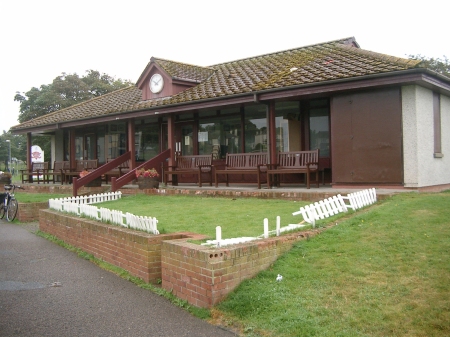 They can take our slide, they can break our fence, but they will never take our freeeeeedommmmm!

Having recently renovated another area of Nairn and spending a considerable amount of time and effort doing so, I really do sympathise with those at the cricket club who have done the same, only to see it vandalised (as we did at the BMX track too!). Unfortunately, some people have no shame....

I take it the CCTV that patrols the links was either not functioning/recorded or could not be utilised for some other reason? There must've been quite a lot of commotion while this was happening so I'm surprised nobody saw anything! Sad...

Police and Young People and the Academy need to work together on this. Although it is possible that it was "tourists", it is more likely to have been local. A few spoiling it for others, but they will be known and they should be shopped!