While Cinema Nairn has over the last eight years been a great success, bringing 15 films a year to local audiences of sometimes over 100 people, there has been a chronic problem with muzzy sound, particularly the dialogue.

One reason for this is the resonant nature of the community centre multi-purpose hall, but by far the biggest problem has been the inability of the equipment to relay digital sound directly to speakers, and separate dialogue from the other tracks.

Having applied for and been awarded a new HD projector from the British Film Institute, and the Community Centre having purchased a Blu Ray player, the cinema group in conjunction with Centre staff had the opportunity to look at how surround sound and dedicated dialogue might be provided without compromising the existing system for other users.

Local sound buff Ian Macdonald has been extremely helpful in advising how the digital tracks can be separated, providing equipment from his own stock to try out different placements and speakers.

Friday evening’s film ‘Hunt for the Wilderpeople’, a wacky 2016 New Zealand comedy is a live trial of this new set up with a reduced £2 entry fee, so come along and see what you think. 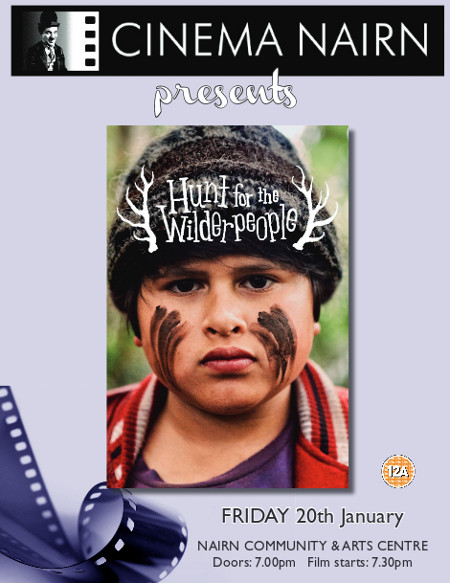 I saw this film recently when in Edinburgh. I have to say it is one of the funniest, saddest and watchable movies I have seen for a long time. The area where it is filmed is beautiful. The storyline grabs you from the start and keeps you interested right through. Yes, there is a daft car chase at the end, which is a little far fetched. But, as someone who lived in the area it was filmed, the driver of the car is actually very believable as most kids there do the same living out in the country. Highly recommended.