Nairn is set to become host to one of a growing network of Scottish Water Top up Tap’s in 2021.

Planning consent has recently been approved for the publicly-owned water company to install a new tap near the East Beach Car Park, alongside the River Nairn.

The modern drinking water refill stations have been appearing across the country since 2018 as part of Scottish Water’s Your Water Your Life campaign. The taps aim to encourage people to carry a refillable bottle and to use Scotland’s world class drinking water to stay hydrated while they are on the go.

Scottish Water’s Corporate Affairs Manager Gavin Steel said: “We have been delighted by the positive response to Top up Taps from communities the length and breadth of Scotland. 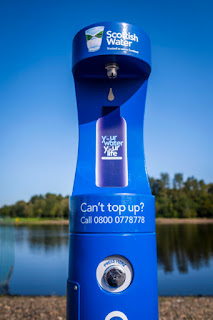 “During the pilot phase when we installed the first 10 taps, people from Nairn were among the first to ask how the town could get involved. Carrying a refillable water bottle and topping up from the tap is great for your health, good for your pocket and the best option for the environment too.

“We’re really pleased to have been able to find a site which will serve both residents and visitors while they are enjoying the town’s beautiful outdoor spaces. We hope to be able to install the new tap before the Spring and that it will be well used in 2021 and beyond.”

Every refill tap is fitted with a monitor which records how much the tap is used, with total usage at the existing taps recently passing the milestone of 100,000 litres – helping to save the equivalent of 300,000 single use plastic bottles. 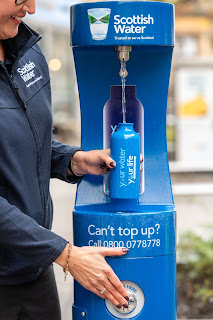 Local Councillor Liz MacDonald was one of the first to raise interest in bringing a Top up Tap to Nairn.

Councillor MacDonald said: “It’s very welcome that Nairn will soon have a modern refill point to make drinking water freely available to people while they are using our outdoor spaces.

“Environmental issues have always been close to Nairn’s heart. The new tap is one of many ways that we can all play our part in living more sustainably. High quality drinking water is a precious resource which we should value, while also reducing our reliance on single use plastic bottles which impact upon our environment both locally and globally.”

I can see that getting vandalised.