We've got the Nairnshire Committee back - now how about following Caithness and having a flag for Nairnshire? 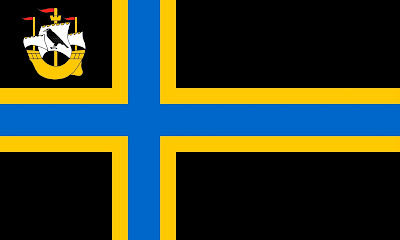 That's the new Caithness Flag and pretty good it looks too. Now how about one for Nairnshire?

"A nordic cross and galley symbolising ancient ties to the Vikings are part of the winning design of the flag for Caithness.

The Lord Lyon King of Arms and Caithness Members of The Highland Council were piped in to the ceremony by bagpiper Cllr David Bremner. School children from local Primaries and Secondaries, businesses and Community Council representatives also attended the Order of Ceremony

Philip Tibbetts, of the Flag Institute and Dr Joseph Morrow, Lord Lyon King of Arms both gave an address to the accompanied guests.

With the support of the Lord Lyon; The Flag Institute and the local community, The Highland Council launched a competitionto design a flag for Caithness in February 2015. Four shortlisted designs were revealed in June 2015 and the public were invited to vote for their favourite.

The winner is ‘design A’ - the nordic cross which symbolises the ancient ties of the county to the Vikings. The black recalls the county's geology with the famous Caithness flagstone, while the gold and blue refer to the beaches and sea to reinforce the maritime nature of the county and its heritage. In the first quarter is charged a galley, which is the traditional emblem of Caithness, including a raven upon its sail as it appears in the county's former civic arms."
Posted by Graisg at 9:47 AM

A flag for Nairn is a great idea. I reckon we should have the symbol of our paddling pool on it as it's probably the only way we'll get to keep our pool

a flag for nairn,colours,red,amber and green with little traffic lights insignia in each corner
narook.

It's already a work in progress..... but can't say too much yet.

Delighted to hear it Spurtle. Once we get past jokes about including traffic lights and the Nairn County Dolphin tossing a Charlie Chaplin figure into the air this really has great potential :-)