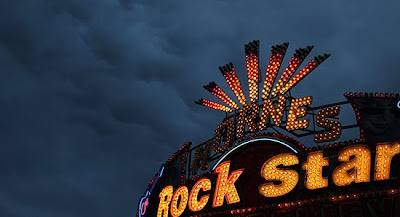 Many Gurnites will have memories of the odd downpour or two on weekday showie nights. Is this observer thinking that Thursday and Friday nights can be Mother Nature's favourites when it comes to adding a wee shower to the toffee apple, candy floss, bright lights and diesel fumes mix? The skies looked extremely threatening last night but mercifully didn't pour. Numbers seemed a little thin for a Thursday night and many families were wrapped up in warmer coats and sometimes even hats. Even some of the youngsters that were hanging out around some of the more fashionable rides were dressed in clothes more reminiscent of October than August. The few cars parking on the Links football pitch were leaving brown trails across the grass. Over at the Games arena the Council boys had done their usual efficient job of erecting the fences and other equipment and the saltires flew in the breeze from the tops of the white poles. The stage is set and the forecast is good for Saturday. 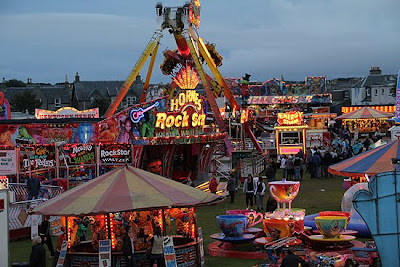 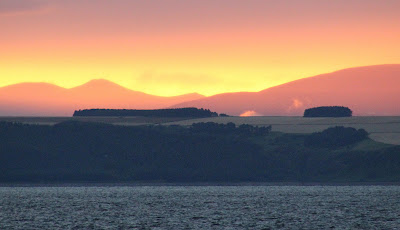 Towards 08.30 p.m. there was what has been a rare occurrence for August - a sunset! The usual bank of cloud in the west relented for a few minutes to end the day on a bright note. Pictures will enlarge a little.