Breaking news from our Kingsteps correspondent:

A flock of local sheep have carried out a 48 hour occupation of Clr.Liz. McDonalds field in Kingsteps in protest of the proposed housing development by Springfield Properties.

When challenged by our correspondent their leader explained that they felt duty bound to protest as their predecessors had grazed on the field for years and they were determined that Bob the Builder should not be allowed to take it over.

They had formed a protest group and had flocked together to ram home their views that ewe cannot take away their land.

They brought with them a number of placards saying “For Flocks sake No more houses”.

The protest was peaceful and they retreated along Lochloy Road in search of pastures new, but not before giving the local resident’s lawns a trim.

None of the local farmers were able to identify the sheep and Clr. Macdonald insisted on social media that they were not hers and her flock were all safely accounted for

Apparently the local Badgers had carried out a similar protest but it was done under the cover of darkness. 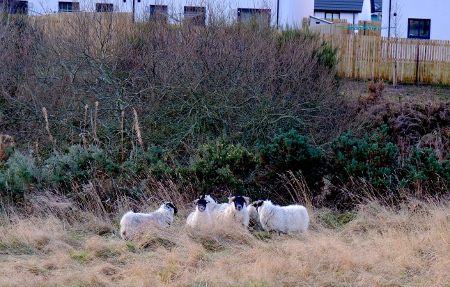 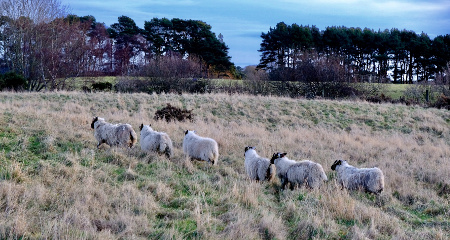 I am loving this ...gives us an idea of the lay of the land, untouched for generations.

This is stuff of the Spin

No one has a monopoly on fake news :-)

Donald Trump has a patent on the word

I heard there is millions in pirate treasure buried under the land.