If this building were to close then a link with a time when folk were encouraged to be more sensible with their money will go. Remember that the TSB used to encourage kids to save a few pennies each week in School? 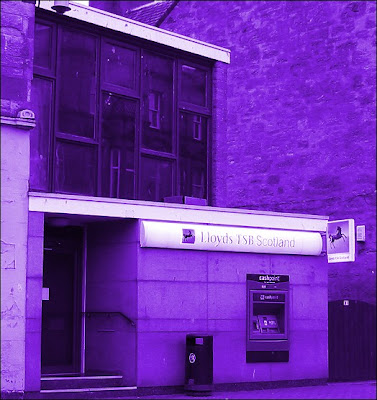 You can have an interesting flashback by reading the TSB Wikipedia page.

'The Trustee Savings Banks, or TSBs, were British financial institutions which specialized in accepting savings deposits from the poor. They did not trade their shares on the stock market and, unlike mutually held banks, depositors had no voting rights nor the ability to direct the financial and managerial goals of the organization. Directors were appointed as trustees (hence the name) on a voluntary basis. Between 1970 and 1985, the various trustee savings banks in the United Kingdom were amalgamated into a single institution called the TSB Group (informally just "The TSB"), which was floated on the London Stock Exchange. In 1994 the TSB merged with Lloyds Bank to form Lloyds TSB, at that point the largest bank in the UK by market share, and the second-largest (to Midland Bank) by market capitalisation.'

Email ThisBlogThis!Share to TwitterShare to FacebookShare to Pinterest
Labels: Banksters