A huge turnout at the Legion this afternoon as Nairn County Football Club met up for the Centenary reunion in the Legion. Legends of the past and legends of the present mingled with fans and reminisced. Memories of yesteryear and memories for the future. Lots of emotional moments as old pals met up again and more again as the results of the team of the century vote were declared.
An incredible few hours that once again demonstrated the depth of affection that the community has for its Highland League club. Congratulations to Donald Graham for organising such an amazing and successful event. 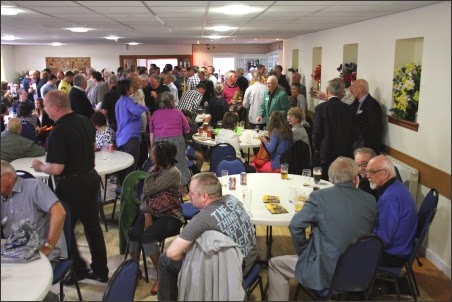 A good turnout from the County paparazzi too. More images and video later. In the meantime larger versions of the two images on this post available here and here. 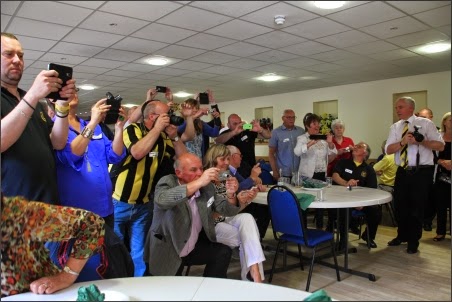