Susan Matheson, Matthew (Mashy) Young,  Sandy Mackay and Tim Hewkin set off on Wednesday to cycle to Ullapool to raise money for the Highland Health Board fund for dialysis machines.

Susan wrote on the justgiving page set up for the cycle challenge: "I lost my Dad last year very unexpectedly, He was a well known shopkeeper in Nairn, Mum and Dad owned Evaplay toy/sports/gift shop which closed in 1983, mum moved to a smaller shop beside top Ashers called PotLuck, then dad had a few jobs in between when in  1989 he reopened his shop on the Brae called Braeside Gifts, where his biggest selling item was Myth & Magic dragons. But by many people he was known as Mr Evaplay.
The nurses that came up to help my Dad with the Dailysis machines were lovely they chatted to him about things he was interested in, which always perked him up. They also took an interest in his family explaining about the machine to my daughter who wants to do nursing.

When we lost him I decided I wanted to do a challenge something out of my comfort zone, to fundraise for the dailysis machines"

They all made it last Wednesday and here are two pictures from Donald Matheson of the start and of the team nearing Ullapool. Donations can still be made on justgiving here. 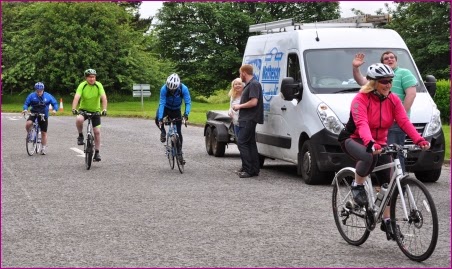 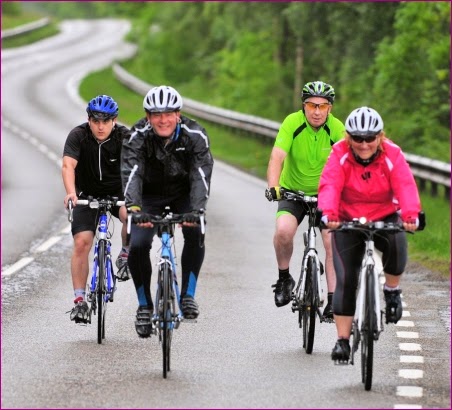