The Hill of the Ord 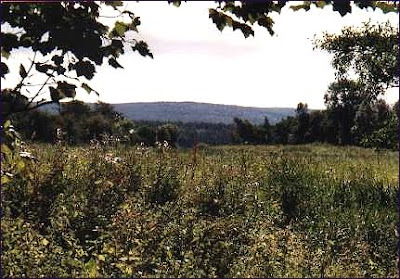 "About four miles south of the town of , a round-shaped hill rises to the height of some 700 feet and occupies an area of several square miles. It is known as the Hill of the Ord, (" Ord " in Gaelic meaning the " Round Height.") At its northerly base there is a platform of granite, but the hill itself consists mainly of a mass of gneiss, the surface of which is very much broken, and the ground strewn with fragments of rocks and travelled boulders. Its aspect is softened to some extent by the thick firewood that crowns its heights, but it still presents conditions typical of a favourite haunt for wild animals, in its numerous rocky retreats and grassy ravines. Near the foot of one of its easterly slopes lies the small farm of Slagachorrie — a Gaelic name meaning "Hollow of the Corrie," which very accurately describes its situation Many relics of Prehistoric Times have been found there. Stone axes and manufactured flints have been picked up in considerable number. Some of the axes are finely shaped and beautifully polished, and the flints, in the form of arrow- heads, saws, and scrapers, exhibit a very high degree of finish."

From the History of Nairnshire by George Bain

Email ThisBlogThis!Share to TwitterShare to FacebookShare to Pinterest
Labels: Hill of the Ord