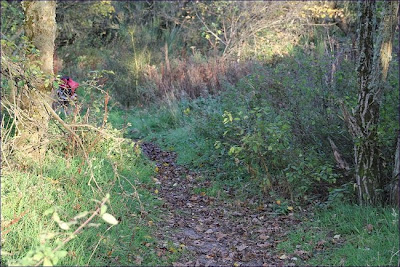 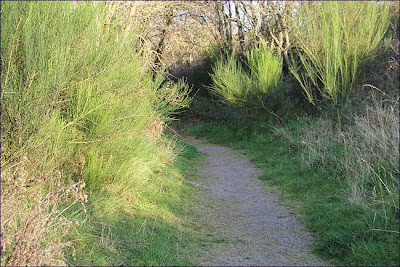 Two residents from the new Lochloy schemes were at the Nairn River Community Council meeting earlier this week. They reported that the quarry was now in the ownership of the Highland Council but that the Council had up to now taken no action to maintain the paths or deal with the Health and Safety issue of dead elms (the victims of Dutch Elm Disease). The residents are not looking for the area to be made up to public park standard, they would just like to see some of the vegetation surrounding the paths cut back and a little effort to remove weeds from the path. This observer visited the area today and agrees with the points made by the residents. A little action now would prevent the paths created by the developer returning to nature and this amenity being severely diminished. There is a precedent for the Council taking action to remove dead and dangerous elms - witness all the activity along the riverside in recent years.
Posted by Graisg at 8:36 PM

Email ThisBlogThis!Share to TwitterShare to FacebookShare to Pinterest
Labels: Lochloy

They will return to nature if not used enough. Could residents with a bit of time on their hands not do something themselves about the paths? HC has quite a lot on it's hands at the moment.

Perhaps Murd and Jock could be seconded from their big society activities along the riverside for an afternoon's training session? :-)

I requested at a town form meting 18 months ago for dangerous trees to be removed. two officials looked and identified 6 that should be cut down as dangerous. Some of which have now fallen down on there own but there are still some standing. I have also requested to remove some of the fallen dutch elm for firewood. {To be burnt WITHIN NAIRN} The reply to that was no. Chain saws not allowed.
All I ever intended to use was a hand saw and remove some of the lighter dead elm. And do my bit to help tide up the river side for all to enjoy. As for the usage of the paths paths the figures for the river over the last few years are 2008=33.476 2009=22.462 2010 18.959 and up to JULY 2011=19.150 and these figures would increase if a ramp was installed for mothers with prams and the disabled how could also enjoy the river walk. But without constant requests for them to be cut they too would soon go back to be over grown as some parts have already done. SO I DO THINK I HAVE TRIED TO DO MY BIT FOR THE COMMUNITY. But will accept any support to get things done even from Anonymous.

The fight goes on.
MURD