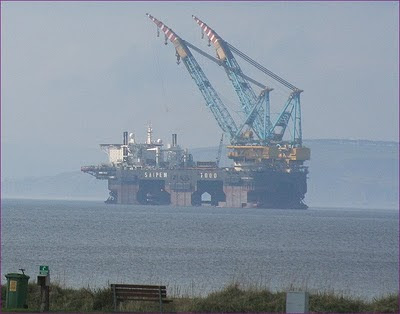 "...in view of the undoubted existence of a numerous population on the banks of the Nairn in Prehistoric times, it is probable that on the high ground known as the Castle Hill, a settlement existed, and it may be permissible to imagine that the appearance of the Roman galleys with their great banks of oars as they swept along the bay must have filled the minds of the ancient inhabitants of these parte with wonder and consternation. There is no record of any previous ships having penetrated the firth. The Celts were not a maritime people. Canoes, skiffs, and coracles or skin boats, were doubtless in use slot^ the shores, and an occasional Norse vessel may have found its way or been driven into the firth But no such ships as the great Roman vessels of war, some of them capable of carrying 500 men, had ever been seen there before. It is on record that the Roman sailors occasionally landed and pillaged the native settlements on the coast. It is reasonable to suppose that as careful navigators they would select landing places in the sandy bays rather than on the rock-bound coasts, and it is not at all improbable that the first visitors from the outer world who ever stepped on the shores of Nairn were these Roman sailors."
From the History of Nairnshire by George Bain
Posted by Graisg at 2:46 AM

Email ThisBlogThis!Share to TwitterShare to FacebookShare to Pinterest
Labels: History of Nairnshire