Back in the last century the local Scout Group erected a bridge crossing at the far end of the East beach which gave access to Culbin Woods over the outlet stream from the Minister's Pool. This magnificent feat of engineering stood the passage of time  but eventually succumbed to the force of nature in 2010 when it was destroyed by the incoming tide.

A local resident of Kingsteps, Tom Wright, undertook the rebuilding of the bridge and single handily using re-used original materials  re-built the bridge once again. 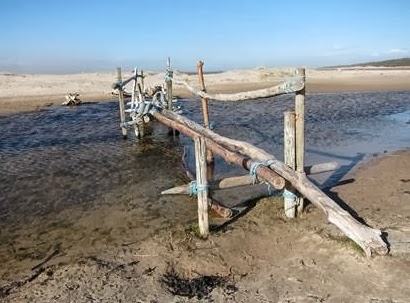 This new bridge served walkers for a good three years until disaster struck once again and it was destroyed by the 2013 winter storms. 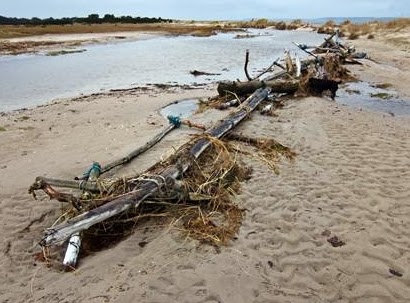 Undeterred by this latest setback Tom Wright, now in his eighties, rallied support from fellow Kingsteps pensioners Morton Gillespie and Arthur Masson and these three worthies stepped forward and rebuilt the bridge in a new location (the original stream line having been diverted by the winter storms) on Tuesday last week. Once again the original materials were recycled and the rebuilding was completed in three hours of hard labour. 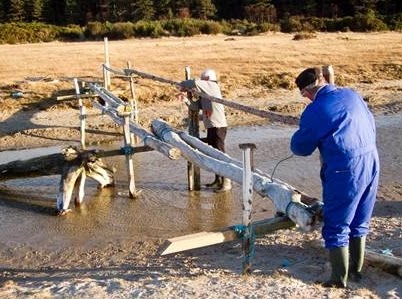 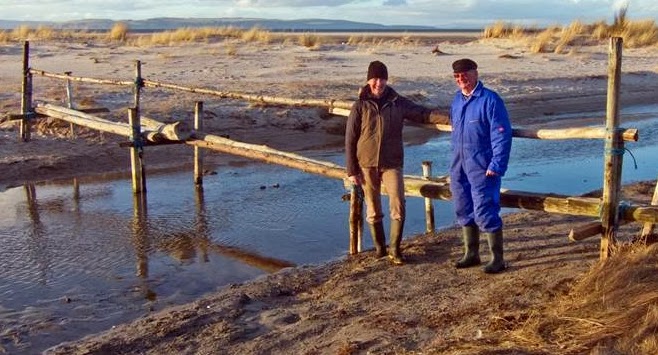 Proud of their magnificent achievement they were convinced that their new bridge would stand the test of time for many years to come. Little did they knowthe fate that awaited the new structure!

Disaster struck once again and the magnificent new bridge simply disappeared presumably swept away by Saturday nights high tide which swept in and flooded the area behind the ever diminishing protective sand dunes. Not a trace of the structure remains and it must be assumed that it is now floating around the Moray Firth and will eventually be washed ashore intact on some distant beach.

Having survived only four days and all materials lost at sea this is a disaster second only to the Tay Railway Bridge disaster of 1879, fortunately however as far as we know no one was injured or lives lost by the Culbin Sands Bridge Disaster.

With the loss of all materials the re-building of the bridge will be a major undertaking and the ever rising tide levels may well make it an unsustainable project without the input of some major engineering solution to secure its future – it may well be a “Bridge Too Far” for the future of Nairn. In the meantime all walkers are advised to resort to the use of good welly boots if they wish to venture beyond the crossing!
Posted by Graisg at 12:15 AM

would be good if there's a local youth group or school children that could help the pensioners construct a new bridge.