The recent images by Kenny MacLeod of the demolition of the Alton Burn Hotel prompted M Ross to dig out two copies he possesses of Alton Burn School magazines from January 1932 and January 1036 respectively. Here's the first of a few wee extracts. Image of the old Alton Burn School logo below too.

“Millbank were a strong combination – light fast, and clever with their feet. They showed up our slow lumbering heavy-weights, and more or less ran circles round them.


Our attack was completely bottled up except for two periods of a few minutes
in each half when a score might have come with a little luck. Not only was J Sleigh kept in check, but D Sutherland, whom we naturally look on as our strong wing, could hardly get going at all. The two inside forwards did very little, and Dudgeon was often helping the defence. Our wing halves were quite unable to cope with our opponents’ speed and G Sutherland found the inside trio too much for him. This threw a great deal of work on the backs and they played well together. Gordon saved the situation time after time and was certainly the best 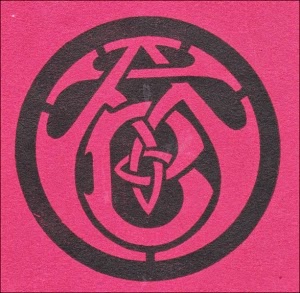 player on our side. Ingram made some good clearances, but gave away the first goal by a mis-kick after ten minutes play, and at least two of their later goals were due to the failure of the backs to move to the ball at once. Neither Gordon nor Ingram has any idea of covering up the goal-keeper. With a larger and more practised goal-keeper we might have saved some of the scores, but Scott cannot be blamed. He is not yet ten, and has only once or twice kept goal in ordinary games; so he did well to make as many saves as he did. More than once he save the original shot by falling on the ground, but failed to clear or even give a corner. His own inexperience was largely responsible for this, and also the lack of protection given by the other defenders, but most of all the great speed and dash show by the Millbank forwards, who certainly gave us a lesson on keen play.
Posted by Graisg at 9:18 PM