A large assembly at the Moss-side car park at Delnies wood today as local residents lobbied Fergus over the proposed dual carriageway option that would go straight through the wood. The Gurn spoke to Dick Youngson (Chair of Suburban CC) about why he was there today and he outlined his fears for the considerable flora and fauna that would be affected. Recording below.


Several residents spoke to Fergus before and after he made a short address after the organiser of the lobby, Iain Gordon, introduced him. Fergus then took a walk into the wood himself. More images and details later. 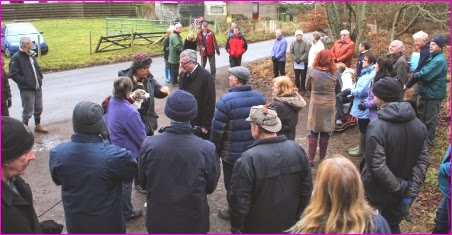