Accident near Pinewood Avenue closes the A96 for several hours.

"The A96 is currently closed due to a road traffic collision involving a car and a pedestrian which occurred at approximately 15:13 hours this afternoon (Tuesday 06 May 2014) near Pinewood Avenue in Nairn.

A man has been taken to Raigmore Hospital by ambulance where he is believed to be in a stable condition.

The road will remain closed whilst the Divisional Road Policing Unit carry out their enquiries into the matter. A local diversion is in place via Achareidh.

Anyone who may have witnessed the incident is asked to contact police on 101."

The road was eventually reopened about 18.30. During the time the road was closed some of the quieter areas around Tradespark/Cranloch received an influx of diverted traffic. 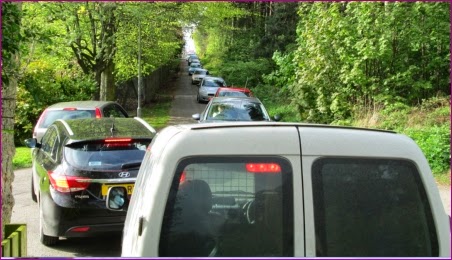