Ashers Bakery are officially the best bakery in Scotland! image of the celebrations as they win the Scottish Bakery of the Year 2014 award. 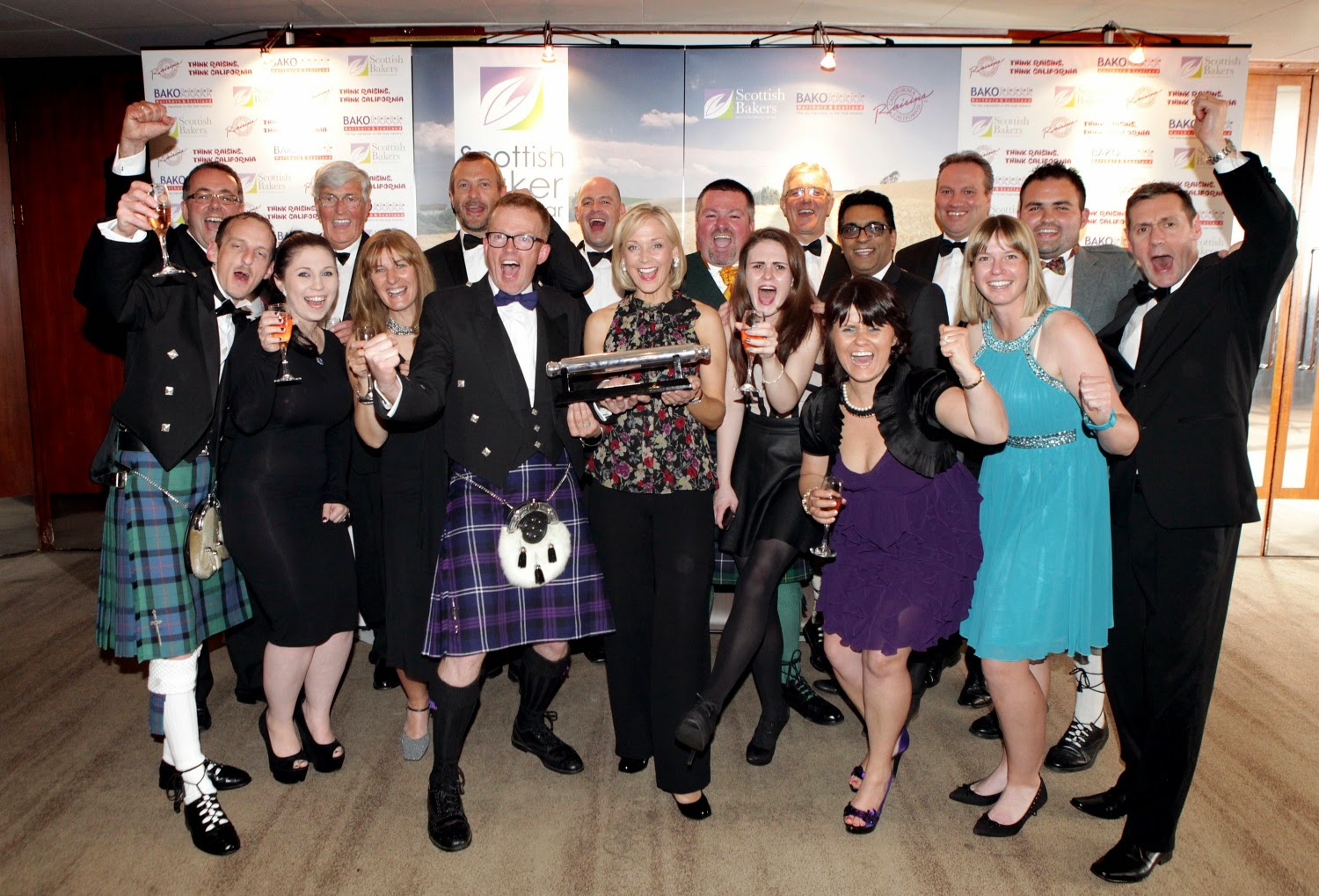 Ali Asher sends us an image of the joyous scene in Glasgow on Saturday night as the Ashers Bakery team celebrated winning the Scottish Baker of the Year award 2014. (click on image to enlarge).

Ali told the Gurn: "The competition is organised by ‘Scottish Bakers’ and voted for by customers throughout Scotland. We’ve had our busiest year ever due to our partnerships with Scotmid & Spar and a variety of other initiatives so naturally we’re delighted for this to be recognised in this way."

Congratulations it's official, Ashers are the best bakery in Scotland! Ashers have a website here and a facebook page here.