There was a chilled, and obviously sunny, feel about the afternoon at Station Park, the dark clouds had literally just parted and light filled the sacred spot that is the Wee County's home. There was really no doubt that the improved performance of Wednesday night would lead to a victory today, it was made to happen today and it came to pass. Mild euphoria in sunshine but in the knowledge that there is still a considerable task to do but once again it looks possible. Three goals for Conor Gethins and one apiece for Adam Naismith, Sean Webb And Robbie Duncanson.

Image below and more images here on the  Gurn Flickr pages. 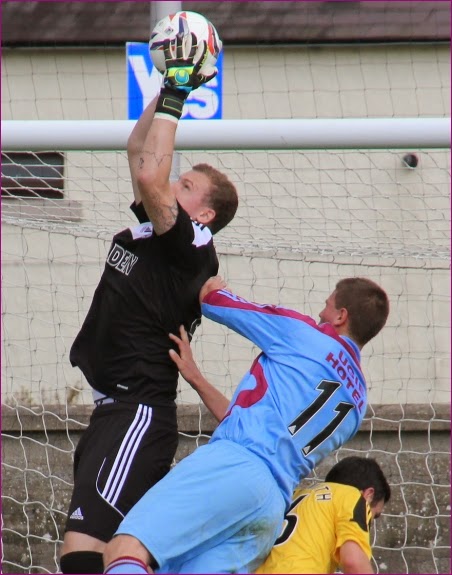 Good to see Conor and the guys are firing on "almost" all cylinders, keep up the good work , there's a long way to go 'till the end of the season!