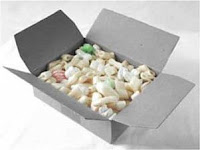 Nairn businessman Terence Watson has started a petition with regard to what he considers the unfair costs that some carriers charge to bring goods to the Highlands and Islands. The petition at number10.gov.uk and has gained sufficient support in terms of the number of people who have ‘signed’ it, for Mr Watson to expect an official Government response.
Like Mr Watson and I’m sure many others, I have winced at the carriage charges that some firms levy when delivering to Nairn, sometimes the carriage is more expensive than the goods themselves. Where I can, I always cancel my order and let the company concerned know as to why. Once or twice this has had a positive effect in that companies have offered to put the goods ‘in the’ post rather than use a carrier, and have then charged me an acceptable amount. This is usually just smaller companies; larger ones are not so flexible.
Whilst the current carriage levy for the likes of Nairn can sometimes seem unfair, from a business point of view I can see it becoming an increasing problem. As companies begin to cherry pick their customers to increase their profits, sending goods to far flung places such as Nairn are not that attractive, miles travelled equal carbon fuel used, which in turn adds to costs.
Unless there is a radical change in the way that food is grown and produced, it is likely that prices in our supermarkets will also rise compared to those in more populated areas nearer to distribution centres.
The biggest advocator for flat fee post has been the Royal Mail, but with the possible break up/sell off of the company I can see that will soon change, we will no longer be able to send a letter to anywhere in Britain for the cost of a fixed price stamp, and the same will happen with parcels.
I fear that in the future if you want to get cheaper goods you are going to have to move to be nearer greater population densities. You can of course always avoid all carriage costs by shopping on our High Street!
Posted by Nairn at 9:11 AM

Easy way around it, say your in Morayshire and avoid the cost with some of them. Agree it's a rip-off with charges.

I ordered some tyres online. Post was for U.K Mainland, fine. Got told it would be an extra £45 to Nairn as it is in the Highlands....."so this is not part of the U.K Mainland", I said? Told them where they could put them and ordered from another supplier. It is an issue up here and if you shop online, more so. Since when did Inverness become remote and difficult or expensive to post to. I was told by tyrs comp that all IV and AB post codes were extra!!

I’ve obviously got too much time on my hands! I tried an experiment; you can do this at home too! Quick trawl on Ebay (just using this as an example) using "IV36 charges" brings up 32,000+. No, I didn’t look at them all but picked some at random and didn't have to go to far until I brought up this gem for a furniture firm based in Bolton. They proudly proclaim this:

“Free Delivery to All UK Mainland within 7 working days.”

Part 2 of the experiment was to have a quick check on Google maps which shows that Bolton to Inverness is 362 miles and Bolton to Penzance is 361. So you can have your item delivered to Penzance free but not to Inverness. How can this firm, and any of the others, justify the additional charges for similar distances?

Part 3 of the experiment (told you I have too much time on my hands) was to have a look at our very own Nairn based Wildday.com who also have listings on Ebay to find out if the reverse is true, do firms based in the Highlands charge extra delivery charges for, for example, postcodes outwith the list above? To buy a double air bed would cost £14.99 + £5.95 delivery charges within the UK but if you lived in Northern Ireland, Channel Islands, Jersey, Isle of Man & Isle of Wight delivery would cost you £10 or £12.50 if you are in Republic of Ireland, Belgium, Luxembourg, Netherlands.
So, in this case, no they don’t!

Please remember this is a straw poll, but feel free to carry out your own experiments.

I went round to the Star Garage, off Church Street, and tried a radical new concept. I said, "Robbie, could you get me some tyres for the front of the car"

Amazingly, not only did he get them, he fitted them, balanced them, and charged me about 30% less than I would have paid if I'd gone to Inverness.I don't suppose the idea will ever catch on though :)

I totally agree that carriage charges to the North of Scotland and horrendous and have 'signed' the petition suggested. You think you are getting a bargain but by the time you add the carriage charges it's a no-go.

I do try to shop locally when I can but there are some things which you just can't buy in Nairn.

I don't 'do' Inverness and find internet shopping much more convenient. With the likes of Amazon there are many items on which you are not charged postage and goods are delivered to your door.

I had meant to post this over on GoS as a tip to save Gurnites some money... anyway here it is folks.

Providing you are not is a hurry to get your goods check amazon.com prices against amazon.co.uk

Despite the mainly free delivery with the UK outlet, the price of many goods on the US site is so much lower than the UK that you will save money even paying carriage from the states, and they will deliver to Nairn!
Downside as mentioned is the delivery time