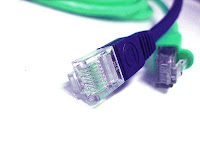 The rolling out of broadband availability to the great majority of households in the Highlands was a major technological achievement, companies as well as individuals found themselves able to communicate at similar speeds to those based in an urban environment.
Being in a remote rural location was not a barrier to a company setting up and working in the IT sphere in the Highlands.
Whilst some more isolated communities were given wireless solutions, the great majority of the broadband provided was through BT upgrading exchanges, with the service being provided by the copper wire that had also served our landline telephony for many years.
Already being installed in some UK cities is ‘super fast’ broadband with speeds of up to 60 mbps. This is reliant on being very close to a telephone exchange or increasingly through a fibre optic connection rather than copper.
Here lays the problem, most of us in the Highlands are too far away from an exchange to enjoy the service, and fibre optic networks are few are far between outwith major towns.
The relatively cheap solution of providing broadband via a piggy back solution on existing copper wires is just not an option for future service improvements.
Major investment in fibre has been made in the Highlands in the form of the Pathfinder Project, which provides high-speed links for schools and colleges, but even this has seen issues with overloaded capacity and a lack of secondary or backup routes.
The reality is that the fibre infrastructure is unlikely to be invested in by telecommunication companies outside of major areas of population, especially as we increasingly switch to mobile rather than landline solutions for our phones.
Without massive Government financial support to rural areas the Highlands will become hugely disadvantaged from a business perspective in the coming years, and as we all know, money is currently in short supply
Posted by Nairn at 8:24 AM